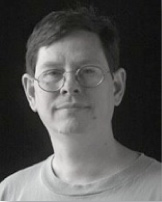 His research focuses on using evolutionary techniques to engineer biopolymers and cells. Researchers in the Ellington lab select binding species (aptamers) and ribozymes from random sequence populations in order to apply the selected species to solve real-world problems. For example, his lab has selected aptamers that can interact tightly and specifically with the Rev protein of HIV-1 in attempts to block viral replication. Similarly, they have selected ribozymes that can be allosterically activated by a variety of effectors, including proteins, and are using these ribozymes to design and build biosensors that may be useful in diagnosing disease.

The Ellington lab has also developed methods for evolving proteins with novel functions and is attempting (as with ribozymes) to use them in medical or biotechnological applications. For example, RNA polymerases have been evolved to utilize modified nucleotides. Finally, the Ellington lab has extended its evolutionary approaches to whole organisms and is attempting to evolve ‘unnatural’ E. coli (unColi) that can augment their genetic codes with unnatural amino acids. It is hoped that strains of unColi will generate novel enzymatic structures and/or activities. While evolutionary engineering has largely been used to effect these changes, the lab increasingly relies upon bioinformatics, modeling, and rational design to accelerate evolutionary processes.